The stores represent 8 percent of Dunkin's US footprint but just 2 percent of its sales. 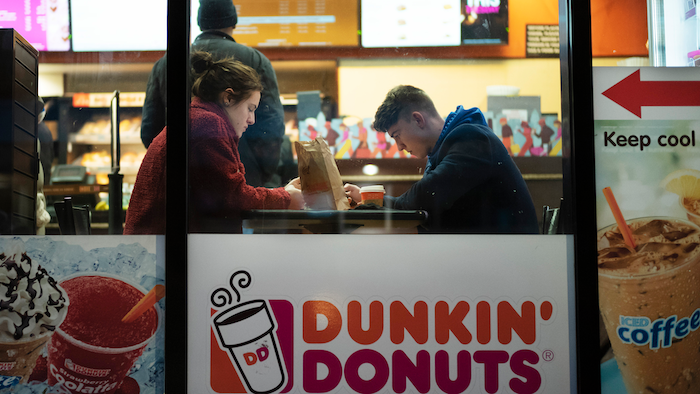 CANTON, Mass. (AP) — Dunkin’ Brands Inc. expects to close up to 800 underperforming U.S. stores this year as it tries to shore up its portfolio in the wake of the coronavirus pandemic.

The company had previously announced the closure of 450 stores within Speedway gas stations. But the company said Thursday it’s targeting an additional 350 stores, most of which are unprofitable. Closing the restaurants would allow their franchisees to reinvest in newer stores in higher-traffic areas, Dunkin’ Chief Financial Officer Katherine Jaspon said during a conference call with investors.

Jaspon said the 800 stores represent 8% of Dunkin’s U.S. footprint but just 2% of its sales.

International franchisees are also assessing their stores and could close 350 low-volume stores abroad by the end of this year, Jaspon added.

Canton, Massachusetts-based Dunkin’ said Thursday its sales dropped 20% in the second quarter to $287 million. Sales at U.S. stores open at least a year dropped 19% from the April-June period a year ago.

Dunkin’ isn’t the only chain targeting low-performing restaurants. McDonald’s said earlier this week that it will close 200 U.S. restaurants this year, about half of which are locations inside Walmart stores.