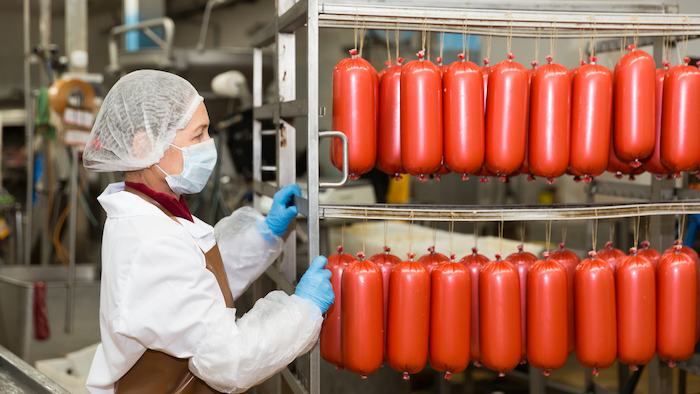 The order signed Tuesday uses the Defense Production Act to classify meat processing as critical infrastructure to try to prevent a shortage of chicken, pork and other meat on supermarket shelves. Unions fired back, saying the White House was jeopardizing lives and prioritizing cold cuts over workers' health.

More than 20 meatpacking plants have closed temporarily under pressure from local authorities and their own workers because of the virus, including two of the nation's largest, one in Iowa and one in South Dakota. Others have slowed production as workers have fallen ill or stayed home to avoid getting sick.

“Such closures threaten the continued functioning of the national meat and poultry supply chain, undermining critical infrastructure during the national emergency," the order states.

The United Food and Commercial Workers International Union, which represents 1.3 million food and retail workers, said Tuesday that 20 food-processing and meatpacking union workers in the U.S. have died of the virus. An estimated 6,500 are sick or have been exposed while working near someone who tested positive, the union says.

As a result, industry leaders have warned that consumers could see meat shortages in a matter of days. Tyson Foods Inc., one of the world’s largest food companies, ran a full-page advertisement in The New York Times and other newspapers Sunday warning, “The food supply chain is breaking.”

“As pork, beef and chicken plants are being forced to close, even for short periods of time, millions of pounds of meat will disappear from the supply chain,” it read. 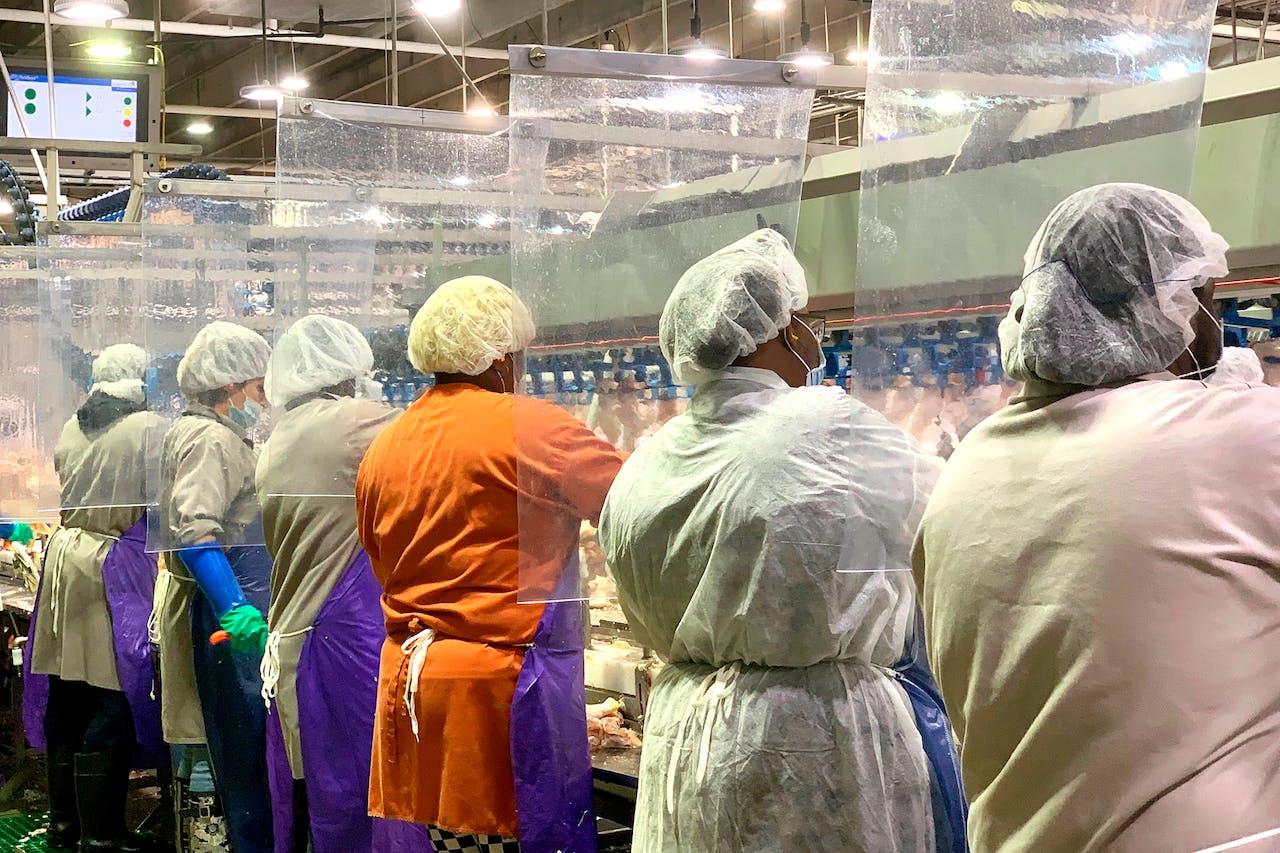 In this April photo provided by Tyson Foods, workers wear protective masks and stand between plastic dividers at the company's Camilla, GA poultry processing plant. Tyson has added the plastic dividers to create separation between workers because of the coronavirus outbreak.Tyson Foods via AP

Tyson suspended operations at its pork plant in Waterloo, Iowa after a slew of infections, and Smithfield Foods halted production at its plant in Sioux Falls, South Dakota, after an outbreak infected 853 workers there.

The 15 largest pork-packing plants account for 60% of all pork processed in the U.S., and the country has already seen a 25% reduction in pork slaughter capacity, according to UFCW.

A senior White House official said the administration was trying to prevent a situation in which a “vast majority” of the nation's meat processing plants might have temporarily closed operations, reducing the availability of meat in supermarkets by as much as 80%.

The official, who spoke on condition of anonymity to discuss the order before its release, said the White House was also working with the Labor Department to provide enhanced safety guidance for meatpacking workers. That will include trying to minimize the risk to workers who may be prone to serious complications from the virus, including strongly recommending those over the age of 65 and with preexisting conditions stay home.

The order, which was developed in consultation with industry leaders including Tyson and Smithfield, is designed, in part, to provide companies with additional liability protections in case workers get sick.

But UFCW International President Marc Perrone said that more must be done to protect the safety of workers.

“Simply put, we cannot have a secure food supply without the safety of these workers,” he said in a statement, urging the administration “to immediately enact clear and enforceable safety standards” and compel companies to provide protective equipment, make daily testing available to workers, and enforce physical distancing, among other measures.

Stuart Appelbaum, president of the Retail, Wholesale and Department Store Union, said the administration should have acted earlier to put safety measures in place.

“We only wish that this administration cared as much about the lives of working people as it does about meat, pork and poultry products," he said.

And Kim Cordova, president of UFCW Local 7, which represents 3,000 workers at the JBS meat processing plant in Greeley, Colorado, said the order “will only ensure that more workers get sick, jeopardizing lives, family’s income, communities, and of course, the country’s food supply chain.”

The administration is working with companies to help them secure protective equipment, like face shields and masks, and ramp up testing, the official said. The Centers for Disease Control and Prevention and the Occupational Safety and Health Administration have issued extensive guidelines on steps companies and workers should take.

Protecting workers can be especially challenging at plants that typically employ thousands of people who often work side-by-side carving meat, making social distancing all but impossible. Some companies have been working to reduce infections by checking workers' temperatures, staggering breaks and altering start times. Owners said they have also done more to clean plants and added plastic shields between workstations.

When outbreaks have happened, local public health agencies have pushed in some cases for temporary closures so they can limit wider outbreaks in communities and conduct mass testing to determine who is carrying the virus. Some plants have also briefly closed for deep cleaning and to install new safety measures.

Yet concerns about working conditions persist and have led some to walk off the job. In central Minnesota, some workers at the Pilgrim’s Pride poultry plant walked out Monday night to protest the company's record on worker safety.

Mohamed Goni, an organizer with Greater Minnesota Worker Center, said workers have complained the company is not sharing information about sick colleagues, has not implemented social distancing on the line, and that workers who were sick returned after just two or three days, and some workers who developed symptoms were not allowed to leave when they asked to go home.

“The company refused, saying there would be a shortage of workers,” Goni said, adding that 80% to 85% of the plant’s workers are Somali.

“They have other family members living with them — elderly, children, people with underlying conditions. So if one of them brings that to their homes, it’s going to be more worse and a more serious problem,” Goni said.

Cameron Bruett, head of corporate affairs for JBS USA and Pilgrim’s, said in an email that employees are never forced to work or punished for an absence due to health reasons.

"We will endeavor to keep our facilities open to help feed the nation, but we will not operate a facility if we do not believe it is safe. The health and safety of our team members remains our number one priority,” Bruett said.

In South Dakota, Gov. Kristi Noem has said she hopes to see a reopening plan for Smithfield this week, but sidestepped questions Tuesday about whether she agreed with Trump’s order, which might have prevented the Sioux Falls plant from shutting down if it had been in place earlier.

“We need to keep (plants) running, but we also need to protect people,” Noem said.