Foodservice distributor Performance Food Group provided an update Monday on retail partnerships it has formed and corporate actions taken during the COVID-19 pandemic, following a previous statement it gave on March 30.

The update said PFG has furloughed or eliminated a total of approximately 3,000 positions across the organization, while deferring 25 percent of senior management’s base compensation and 25 percent of its board of directors’ cash fees for the period of April 6 through Dec. 31.

“During the COVID-19 pandemic we have made important decisions to protect the organization,” said George Holm, PFG chairman, president and CEO. “Many of these moves are opening new lines of business and providing important resources to the communities and customers we serve. There are other decisions that are difficult for any company to make, but necessary during challenging times. We are confident that we have taken the appropriate steps and look forward to a time when we can resume a more normal operating environment.”

PFG said it has further reduced its capital expenditure activities, adding to previously-announced actions that included drawing down $400 million from the company’s $3 billion credit facility and suspending its share repurchase program. 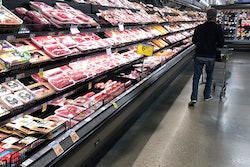