Closures of restaurants and schools have left a lot of milk products with nowhere to go. 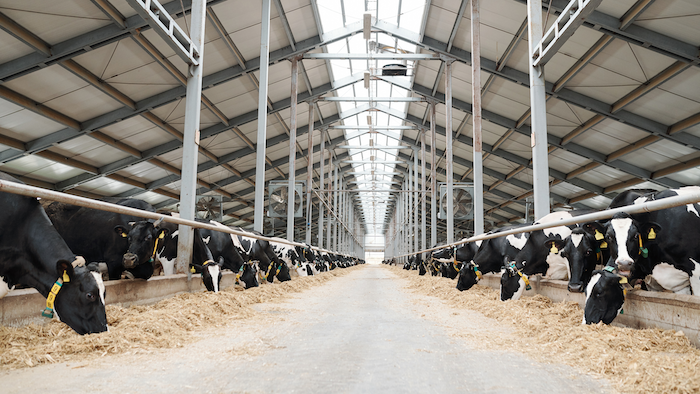 Various media outlets are reporting that dairy farms throughout Wisconsin are now being asked to dispose of thousands of gallons of fresh milk each day amid oversupply due to COVID-19 safety measures leaving no place for much of the milk to go.

The reports say that Dairy Farmers of America (DFA), the largest dairy cooperative in the US, is calling dairy farms with the request.

State and local ordinances forcing the closures of restaurants and schools and suddenly shifted dairies’ markets to retail grocery stores, creating supply chain headaches for farms and dairy processing operations for milk, butter and cheese and the services that transport them. About one-third of Wisconsin’s dairy products are sold to foodservice.

The Milwaukee Journal Sentinel reported that DFA asked West Bend, WI-based Golden E Dairy to dump 25,000 gallons of milk per day, and that just an hour later, the family-run farm began flushing 220,000 pounds of it per day and will through April 6.

The Sentinel said DFA has told farmers it will pay them for their milk that’s being dumped. On Tuesday, bankrupt dairy giant Dean Foods announced that DFA was the winning bidder of the majority of its assets for a price of $433 million.

Reuters reported that fellow cooperatives Land O’Lakes and Foremost Farms USA have also warned their members that they may need to dump milk.

“Now is the time to consider a little extra culling of your herds,” the cooperative said in a March 17 letter to members, according to Reuters. “We believe the ability to pick up and process your milk could be compromised.”

Madison, WI-based WISN reported that the Wisconsin Department of Agriculture and Trade and Consumer Protection, advised by Governer Tony Evers, asked the USDA on Tuesday to purchase the excess dairy products and distribute them to places that need them.

“(USDA) needs to come up with an opportunity to purchase cheese the way it's being made and get that redistributed to, as you indicated, shelters food banks, etc.," WISN quoted Gordon Speirs, owner of Shiloh Dairy Farm in Brillion, WI.