As your business looks ahead to the new year, here are some of the key aspects of Prop 12 that should be considered. 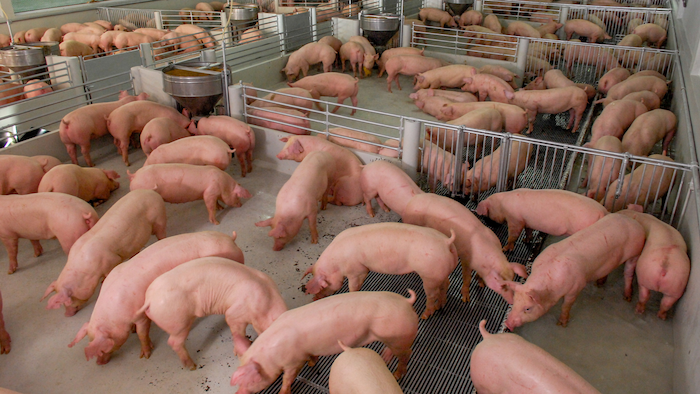 If you are in the business of buying or selling pork-based products, then you have probably heard of California’s Proposition 12. As it pertains to pork, the law requires that pig confinement systems are large enough to allow the animals to fully lie down, stand up, extend their limbs, and turn around freely. Starting January 1, 2022, it will be illegal to sell pork products in California that have been sourced from animals who were confined without this freedom of movement. This is the case even if the pigs were born, raised, and slaughtered outside the state of California, and therefore the law is expected to widely transform the pork industry. As your business looks ahead to the new year, here are some of the key aspects of the law that should be considered:

Who Does The Law Apply To?

The law applies to any “breeding pig,” defined to mean “any female pig of the porcine species kept for the purpose of commercial breeding who is six months or older or pregnant.” Cal. Health & Safety Code section 25991(a).

Are There Any Exceptions?

“Exception” might be a strong word, but there are some qualifications that can help farm and business operators comply with the law:

In other words, once pork is combined, cooked, or ground, Prop 12 no longer applies to the pork product. A business who cooks its bacon bits, wraps its bacon-wrapped scallops, stuffs its hotdogs, or puts pepperonis on its pizzas outside the state of California can do so without using Prop 12 compliant pork products, and ship those into the state for sale.

Further, California-based farmers can purchase non-Prop 12 compliant pigs from outside of California, and bring them into California, or sell their own non-Prop 12 compliant pigs outside the state of California, so long as the farmers are purchasing and selling the pigs from FSIS inspected plants. The California Department of Food and Agriculture’s (CDFA) guidance on this point is clear that the law “excludes transactions where physical possession of pork meat is taken at an establishment inspected under the Federal Meat Inspection Act (FSIS inspected plant).”

When Does The Law Take Effect?

As noted above, the law takes effect on January 1, 2022. That does not mean that non-compliant pork on shelves has to be pulled off on January 1, however. The CDFA is allowing all pork in inventory or commerce to be sold through to consumers.

At this point, businesses should expect that the law will take effect on January 1 of this upcoming year.

This article does not cover all aspects of the law. The law is codified at California Health and Safety Code sections 25990 to 25994 and can be viewed in full here.  Guidance from CDFA is available here.