The Massachusetts man conducts business under the name "Chill6."

The United States filed a complaint to enjoin a West Boylston, Massachusetts, defendant from distributing a product the government alleges to be an unapproved new drug, a misbranded drug product and an adulterated food product, the Department of Justice announced.

In a civil complaint for permanent injunction filed on Oct. 18, the United States alleges that Daniel Marold, an individual conducting business under the name Chill6, violated the federal Food, Drug and Cosmetic Act. According to the complaint, which was filed in the U.S. District Court for the District of Massachusetts, Marold sold various flavors of “Chill6” beverage powder directly to consumers through a website that claimed Chill6 will cure, treat, mitigate and prevent, among other things, anxiety, insomnia, alcoholism and post-traumatic stress disorder (PTSD). The complaint also alleges that Marold’s Chill6 contains Phenibut HCI, an unsafe food additive.

According to the complaint, Marold continued distributing Chill6 after receiving a warning letter from the U.S. Food and Drug Administration (FDA) in July 2021. The United States seeks an injunction that would enjoin Marold from selling Chill6 in its current form and comply with federal food safety regulations before selling any other drug or food product.

“Those who distribute drugs, dietary supplements or foods must comply with federal law designed to ensure these products are safe,” said Principal Deputy Assistant Attorney General Brian M. Boynton, head of the Justice Department’s Civil Division. “The department will continue to work closely with FDA to stop the distribution of unapproved new drugs and adulterated food products.”

“The FDA is responsible for making sure drugs meet the necessary safety guidelines for human consumption,” said U.S. Attorney Rachael S. Rollins for the District of Massachusetts. “We allege that Chill6 does not, and even after being warned, Mr. Marold continued distributing this unapproved substance. Be it by criminal offense or civil violation, we are committed to ending the distribution of unregulated and adulterated supplements.”

“The FDA’s primary responsibility is to protect U.S. patients and consumers from unproven and dangerous products,” said Judith McMeekin, Pharm.D, the Associate Commissioner for Regulatory Affairs. “With our partners at the Department of Justice, we will keep pursuing individuals and firms that distribute products that put the public at risk and violate federal law.”

Trial Attorney Manu J. Sebastian of the Justice Department’s Consumer Protection Branch and Assistant U.S. Attorney Steven Sharobem in the District of Massachusetts are handling the case with the assistance of Associate Chief Counsel Leah A. Edelman of the FDA’s Office of the Chief Counsel. 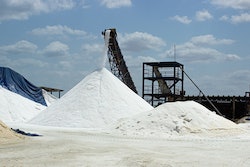 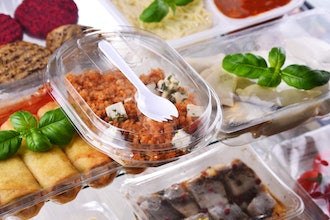