The virus strain is potentially deadly to commercial poultry.

KALAMAZOO, Mich. (AP) — A strain of highly pathogenic avian influenza has been detected in Michigan in a non-commercial backyard flock of birds in Kalamazoo County, federal authorities said Thursday.

Samples from the flock were tested at Michigan State University's Veterinary Diagnostic Laboratory and confirmed by the U.S. Department of Agriculture’s Animal and Plant Health Inspection Service laboratories in Ames, Iowa.

State officials have quarantined the Kalamazoo County site and the 34 birds at that property “will be depopulated to prevent the spread of disease,” the USDA said, noting that birds from that flock will not enter the food system.

It’s the first case of avian flu in Michigan, said Lyndsay Cole, a USDA spokeswoman. It’s not clear how it reached the backyard flock, she said.

The virus strain is potentially deadly to commercial poultry.

The bird flu cases are among the latest in the U.S. that have put farms that raise turkeys and chickens for meat and eggs on high alert, fearing a repeat of a 2015 bird flu outbreak that killed 50 million birds across 15 states and cost the federal government nearly $1 billion.

Bird flu has also been detected at commercial turkey farms in southern Indiana, a flock of commercial broiler chickens in Kentucky, a commercial poultry flock in Delaware, a backyard flock of mixed species birds in northern Virginia, and in New York and Maine, both at a single non-commercial backyard flock.

The U.S. Centers for Disease Control and Prevention says the recent bird flu cases do not present an immediate public health concern. No human cases of these viruses have been detected in the U.S. 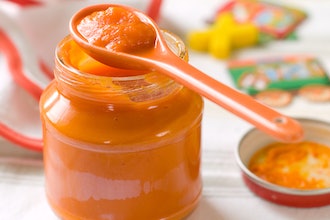