The canned food industry asked President Donald Trump and Commerce Secretary Wilbur Ross to exclude tinplate steel from tariffs or other restrictions based on the potential increases in manufacturing cost and American manufacturing jobs losses.

In a letter, signed by nearly 20 groups representing various segments of the canned food industry, the Trump administration was asked to exempt tinplate steel because it is not used in any defense or national security applications. In fact, tinplate steel, which is about two percent of all steel used for can making, is already recognized by the U.S. Department of Commerce and the International Trade Commission as a separate category.

The industry letter stated that tariff or trade restrictions against tinplate steel would adversely affect the food can industry and U.S.-based manufacturing employees. The dominant issue is that U.S. tinplate steel production does not meet domestic demand; only 58 percent of domestic demand can be met by U.S. tinplate makers. In 2016. U.S. demand was 2.1 million tons, while domestic tinplate production was only 1.2 million tons.

Any tariff or restriction on tinplate steel would competitively disadvantage cans compared to other forms of packaging, which are not subject to tariffs. The industry letter stated that even a small increase in the price of raw materials would create further price pressures on both can makers and food manufacturers in an already challenging economic environment.

Canned food provide access to affordable nutrition for the 42 million Americans that live in food insecure households, including 13 million children. Those on government food assistance, including the USDA Supplemental Nutrition Assistance Program (formerly known as food stamps), consume canned fruits and vegetables at an even higher rate than the average American, in part because canned food costs 20 percent less than fresh food. The letter noted that tariffs or any trade barriers would have harsh consequences on SNAP recipients and would diminish the value of taxpayer-funded federal food assistance programs.

Can Manufacturers Institute (CMI) is the national trade association of the metal can manufacturing industry and its suppliers in the United States. The can industry accounts for the annual domestic production of approximately 124 billion food, beverage and other metal cans; which employs more than 28,000 people with plants in 33 states, Puerto Rico and American Samoa; and generates about $17.8 billion in direct economic activity. CMI members are committed to providing safe, nutritious and refreshing canned food and beverages to consumers. 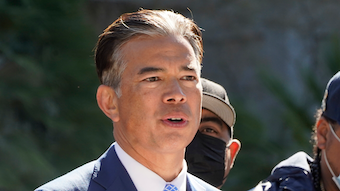 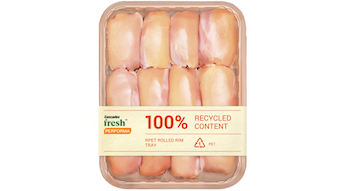