The company illegally included managers in the employee tip pool.

PITTSBURGH – A Pittsburgh restaurant and distillery used its tip pool improperly – requiring servers to share tips with managers and supervisors – in violation of the Fair Labor Standards Act, a federal investigation has found.

The U.S. Department of Labor’s Wage and Hour Division determined that Pittsburgh Distilling Co., doing business as Wigle Whiskey, violated FLSA rules that prevent managers from retaining tips received by tipped workers. The employer also shortchanged tipped employees of the overtime wages they were legally due. Investigators found Wigle Whiskey calculated the tipped employee overtime rate based on their cash wage of $4 per hour instead of the federal minimum wage of $7.25 per hour, as federal law requires. The employer also underpaid managers for overtime hours when they failed to include wages received by managers from the improper tip pool in overtime calculations. These practices violated the FLSA’s overtime regulations.

The investigation led to the division’s recovery of $38,951 for 41 workers.

“Food service workers rely on their hard-earned tips to make ends meet. Restaurant employers must understand that keeping workers’ tips or diverting a portion of these tips to managers or supervisors in a tip pool is illegal,” said Wage and Hour Division District Director John DuMont in Pittsburgh. “As restaurants struggle to fill the positions they need to keep their doors open, those who deny workers their rightful wages are likely to find it more difficult to retain and recruit workers than those employers who abide by the law.”

The FLSA allows employers to pay tipped workers as little as $2.13 per hour in direct wages, while taking a credit against the tips earned by the employee to make up remainder of the federal minimum wage of $7.25 per hour. The employer must notify tipped employees of any required tip pool contribution amount, and the FLSA prohibits employers, managers and supervisors from participating in the tip pool and keeping any portion of workers’ tips. An employer may only take a tip credit for the amount of tips actually received by each tipped employee.

In fiscal year 2021, the Wage and Hour Division conducted more than 4,200 investigations of food services establishments, recovering more than $34 million in back wages for more than 29,000 workers nationwide. The division offers a compliance assistance toolkit for restaurant employers. 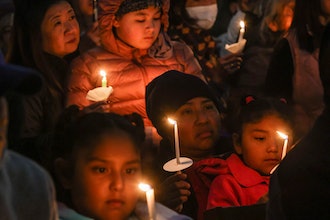 Workers said they have practical and emotional reasons for such a quick return.
February 7, 2023

He repeatedly failed to provide information as part of a compliance probe.
February 3, 2023

The unemployment rate dipped to the lowest level since 1969.
February 3, 2023