At a time when travel for work is seen as dangerous for everyone, Eastern European seasonal workers are among the world’s last regular border-crossers. 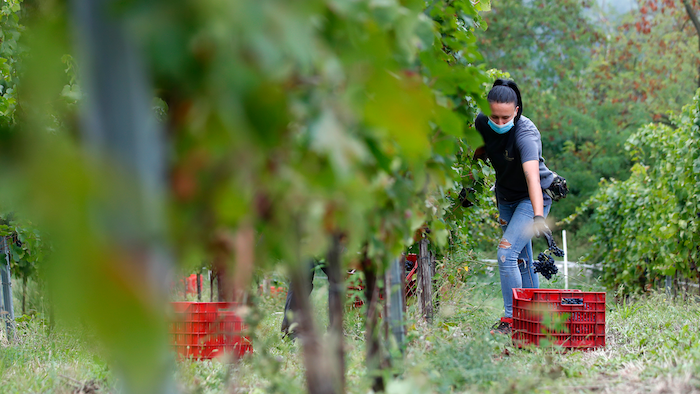 ROCCA DE' GIORGI, Italy (AP) — Her hands were hardly visible, so quickly did they press the clippers before dropping grape clusters into red plastic bins. Some distance behind her, in the next row over, Italian students subbing in due to a pandemic-fueled worker shortage tried vainly to catch up.

Though from a Romanian region famed for its wine, Alexandra Ichim had never worked in vineyards before traveling to Italy's Lombardy region for the September grape harvest, known in Italian as the vendemmia — the pay is too low in Romania and the working conditions too harsh, she says. For the Italian work, the 20-year-old came on a 12-hour bus ride and returned by plane to her native Arad region when the harvest was done.

Eastern European seasonal workers, led by Romanians, are considered essential to getting food on the table throughout the continent. Their willingness to work hard in uncertain jobs for lower wages is sought after abroad, and their income is desperately needed at home. At a time when travel for work is seen as dangerous for everyone, they are among the world’s last regular border-crossers. Unlike the farms that so desperately need them, there are no subsidies from the European Union or special protection should they fall sick.

Around one in five Romanians works abroad. In Italy, 1.2 million of them have made a home, with thousands of others traveling back and forth for temporary jobs. France and Spain are not far behind as destinations for work. And when coronavirus struck, around a million people from around Europe returned to Romania, ignoring the Romanian president’s plea to stay in place and avoid bringing the virus already raging in Western Europe. For many, it was the longest homecoming of their adult lives.

Workers can make around 1,200 euros a month working eight-hour days during the vendemmia in Italy, versus around 700 euros for a month of 10-hour days in Romania. 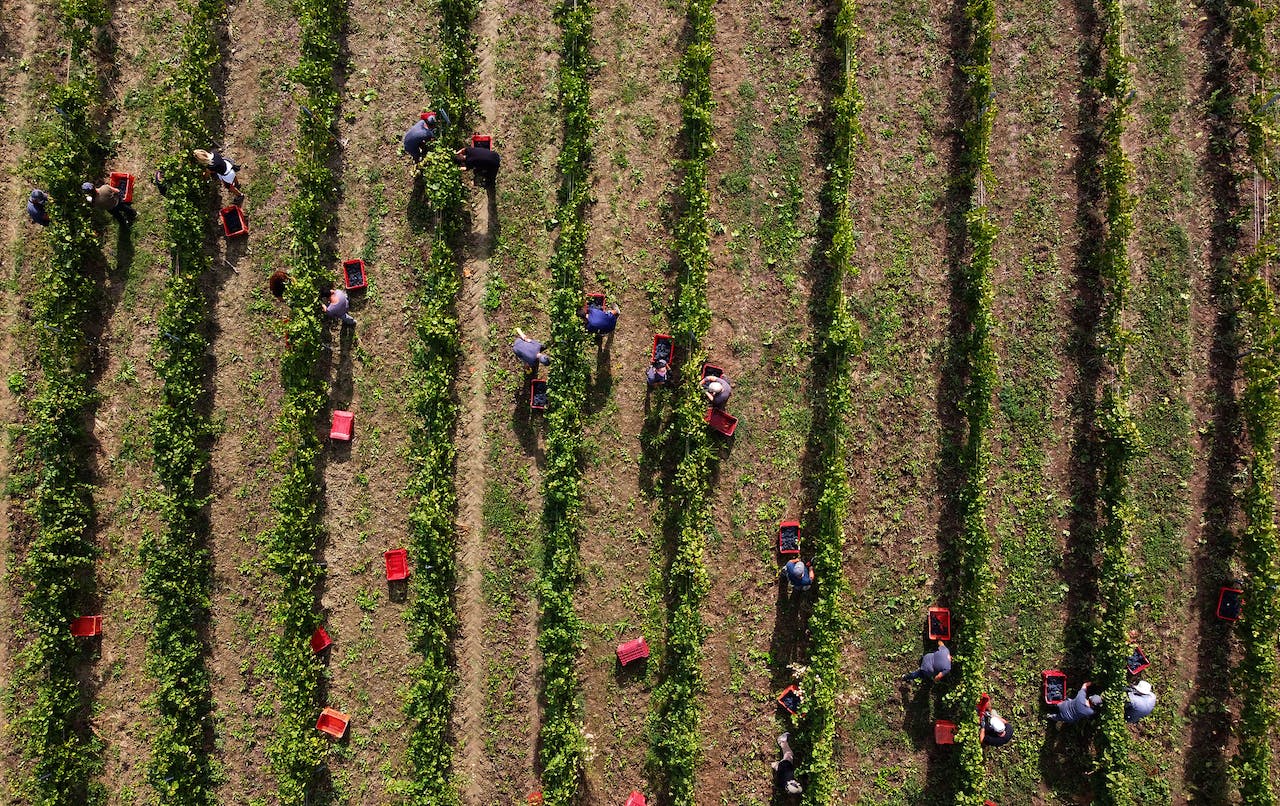 Ichim has lived off and on in Lombardy with her mother since 2006 and speaks flawless Italian. She was in Romania with her father when the coronavirus outbreak first struck Italy earlier this year, working in a steering wheel factory, which later sent her home during Romania's virus lockdown. She left to join her mother nearly as soon as the borders reopened. At the time, Romania’s infection rate was low and no quarantine was required, but within a few weeks, a 14-day quarantine was required in Italy for travelers from Romania and Bulgaria.

One province, Trento, allowed farms and vineyards to put in place “working quarantines,” where masked seasonal laborers could work outside in their own clusters and stay in housing on site.

“A company cannot afford to keep a foreigner for 14 days without putting him to work. This is obviously an unsustainable cost,” said Roberto Caponi, of the Italian agriculture confederation. Nor can the fruit itself wait, as Ottavia Gorgi di Vistarino knows well.

Her family’s land spans four hillsides in Rocca de’ Giorgi, a tiny commune about 60 kilometers (37 miles) south of Milan. The harvest starts with Pino Nero for Spumante, then comes the Chardonnay and Pinot Grigio, followed by more Pino Nero for red wine.

Ichim joined a crew for the first Pino Nero harvest in mid-September, speeding through the cone-shaped clusters at a breathtaking pace. The winery’s full-time foreman, Christian Florisan, also is Romanian from the Arad region, as are many of the men who work the presses.

“Corona has brought the agriculture business to its knees more than any others. Everywhere, at home in Romania and here in Italy, we are having difficulties finding people,” said Florisan, who has lived in Italy for 14 years. “They are not coming because they are afraid of COVID, and they are afraid that they will have to do two weeks of quarantine and when they go home, their pockets will be emptier than they were before.”

He estimated more than half his workers are Romanian, but the numbers are down by 25% this year. Across the country, wineries are down 36,000 workers, which means not all the fruit will be harvested in time and many will stay home, unpaid.

All who came from Romania had medical checkups, Florisan said, but he said not everyone had the nasal swab test.

As many as a million seasonal workers cross EU borders every year, according to the guidelines put in place in July by the European Commission. When the virus first broke out, Romania’s president asked citizens not to return from their jobs abroad but was widely ignored by people who either needed or wanted to return home for what promised to be weeks of confinement. Back in Romania, suspicious neighbors called authorities to report returnees from Italy or Spain or France.

Romania’s first coronavirus case was traced to Lombardy, the northern Italian region that suffered Europe’s first devastating wave of death, according to Gabriel Hancean, a sociologist who led a team of researchers that traced the country’s early infections. Now it’s eastern Europe where the virus is spiking to unprecedented highs, with Romania enduring the continent’s highest weekly death rate after Spain.

Hancean said few seem to care now about travelers from elsewhere in Europe, Romanian or not.

“You have community spread of the virus, and it doesn’t matter who is entering the country or not,” he said.

Ichim and her boyfriend, Dennis Sirca, were already planning the trip back to Arad, not knowing if they would face quarantine there. It didn't really matter to either of them, because they made two to three times as much during the harvest as they could have in their “real” jobs. She’d do it again.

“In Romania we do not make money, we cannot make money working so we came here to do the grape harvest," she said.

Back in Romania, her factory job evaporated and no prospects for work in sight, Ichim has no intention of doing the harvest there, although farms face similar labor shortages as their Western European counterparts.

What they lack is the flexibility of their own government, said Carmen Avram, a Romanian member of the European Parliament who has been an advocate for seasonal workers.

Even as borders closed last spring, there came the dawning realization in Western Europe that without them, there wouldn’t be enough people to bring in the fruits and vegetables or work the slaughterhouses. The rules that governed movement around Europe melted away. German and British companies chartered planes for Romanian workers.

Avram said the Romanian government never offered that kind of chance for farms and factories at home — or the money. She described last spring as a brief window when Romania could have retained its young.

“We could start all over again and have them here, and make this country thrive,” she said. “But we lost that moment. It’s a national tragedy.”