WASHINGTON — U.S. Customs and Border Protection (CBP) has collected $575,000 in penalties following the closure of a civil enforcement action against the importer Pure Circle U.S.A., Inc. This action is the first penalty that CBP has issued for imports made with forced labor since the passage of the Trade Facilitation and Trade Enforcement Act in 2015, and demonstrates another enforcement tool in CBP’s ongoing effort to prevent goods made with forced labor from entering the United States.

The action against Pure Circle stems from an investigation into stevia produced in China by Inner Mongolia Hengzheng Group Baoanzhao Agricultural and Trade LLC (Baoanzhao) that CBP initiated after receiving an allegation from a Non-Governmental Organization. That investigation led CBP to issue a Withhold Release Order (WRO) in May 2016. The WRO remains in effect.

During the subsequent investigation into Pure Circle’s importations of stevia from Baoanzhao, CBP obtained evidence establishing that Pure Circle U.S.A., Inc. had imported at least 20 shipments of stevia powder and derivatives produced from stevia leaves that were processed in China with prison labor in violation of U.S. law, and issued a penalty against the importer.

“As part of its trade enforcement responsibilities, CBP will hold companies accountable for importing goods produced with forced labor,” said Brenda Smith, Executive Assistant Commissioner of CBP’s Office of Trade. “Companies have a responsibility to proactively monitor their supply chains to mitigate the risk of importing goods into the United States that were produced with forced labor.”

Under the Tariff Act of 1930, CBP has the authority to issue civil penalties  against importers for entering, introducing, or attempting to enter or introduce any merchandise into the commerce of the United States contrary to law.  In pursuing this civil enforcement action against Pure Circle, CBP’s Office of Trade worked closely with the CBP Office of Field Operations at the New York Field Office, the Pharmaceuticals, Health and Chemicals Center of Excellence and Expertise, and the Office of Chief Counsel, as well as Homeland Security Investigations (HSI) and the Department of Justice.

The civil penalty against Pure Circle is one of many actions that CBP has taken to address the use of forced labor over the past year.  Since September 2019, CBP has issued eleven WROs to prevent merchandise made with forced labor from entering the United States, including four WROs on products from China. 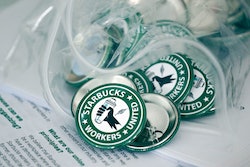 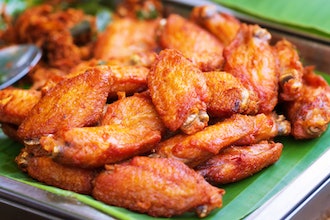