A former employee stole formulas for BPA-free can lining, aiming to benefit China.

While Coca-Cola’s namesake syrup for its flagship soft drink is one of the most well-known trade secrets in food manufacturing, the beverage giant’s other secrets apparently are a little more vulnerable.

On April 22, the U.S. Department of Justice said that a federal jury in Tennessee convicted a Michigan woman of conspiracy to steal trade secrets, economic espionage and wire fraud regarding Coke’s formulas for its BPA-free coatings inside its beverage cans. She was originally indicted in February 2019, with a superseding indictment charged in August of last year.

According to court documents and evidence presented during her 12-day trial, 59-year-old Dr. Xiaorong You, who goes by Shannon You, stole the valuable formulation material while working for the company in Atlanta and at Eastman Chemical Company in Kingsport, Tennessee. The stolen BPA trade secrets belonged to major chemical and coating makers that include Akzo-Nobel, BASF, Dow Chemical, PPG and others, and cost nearly 120 million dollars to develop.

Court findings showed that You stole the trade secrets to set up a new BPA-free coating company in China. You and a Chinese Corporate partner received millions of dollars in Chinese government grants to support the new company, which ultimately planned to benefit that partner, the governments of China, the Chinese province of Shandong and city of Weihei, along with the Chinese Communist Party.

You was a principal engineer for global research at Coca-Cola for almost five years until August 2017 and then a packaging application developer for Eastman Chemical until June 2018. The DoJ said during that time she was one of a limited number of Coke and Eastman Chemical employees with access to BPA-free trade secrets belonging to major suppliers.

Until recently, BPA was used to coat the inside of cans and other food and beverage containers to help minimize flavor loss and prevent corrosion or reaction with the container’s contents. But due to its health risks, BPA has since been phasing out as alternatives have been developed. The DoJ said witnesses from the impacted chemical and coating companies in the trial testified that developing these BPA-free alternatives was a very expensive and time-consuming process.

You’s sentencing is set for Nov. 1. 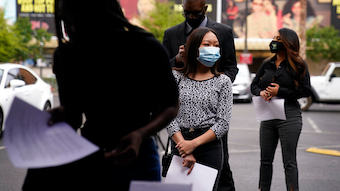 Growth in the current April-June period is expected to be faster still, potentially reaching a 10% annual pace or more.
Apr 29th, 2021
Follow Us
Most Recent