Eighty-seven percent of the panelists have identified supply chain bottlenecks as a major factor in the acceleration of prices. 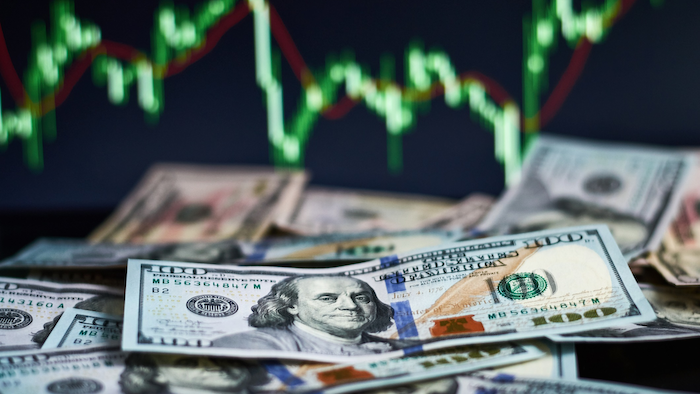 WASHINGTON (AP) — The nation's business economists have sharply raised their forecasts for inflation, predicting an extension of the price spikes that have resulted in large part from bottlenecked supply chains.

A survey released Monday by the National Association for Business Economics found that its panel of forecasters expects consumer prices to rise 6% this quarter compared with a year ago. That marks an increase from the 5.1% inflation the forecasters predicted in September for the same 12-month period.

Eighty-seven percent of the panelists have identified supply chain bottlenecks as a major factor in the acceleration of prices.

Julie Coronado, vice president of the NABE, said that nearly three-fourths of the panel of 48 forecasters expects the Fed's preferred inflation gauge, which reflects consumer spending patterns, to increase 4.9% this year — far above the central bank's 2% annual inflation target.

Nearly 60% of the NABE panelists expect the job market to reach full employment over the next year. Two-thirds of the panelists said they think wage gains will keep inflation elevated over the next three years.

Last month, employers added just 210,000 jobs, the government estimated Friday. That was the weakest monthly gain in nearly a year and less than half of October's gain of 546,000 jobs. The NABE panel, though, expects monthly gains in payroll jobs to average 337,000 next year, up about 5% from its projection in the September survey.

The forecasting panel expects the overall economy, as measured by the gross domestic product, to expand by 5.5% this year. That would mark a robust bounce-back from the 3.4% drop in GDP last year, when the economy was derailed by nationwide shutdowns caused by the eruption of the pandemic. Next year, the NABE forecasters expect GDP to grow by a still-solid 3.9%.

Addressing the snarled supply chains that have hobbled the economy this year, a majority of NABE panelists (58%) say they think the flow of goods will begin to normalize in the first half of 2022. Twenty-two percent say they think that process has already begun.