A food company is recalling frozen hash browns from stores in nine states because the potatoes may have pieces of golf balls in them. 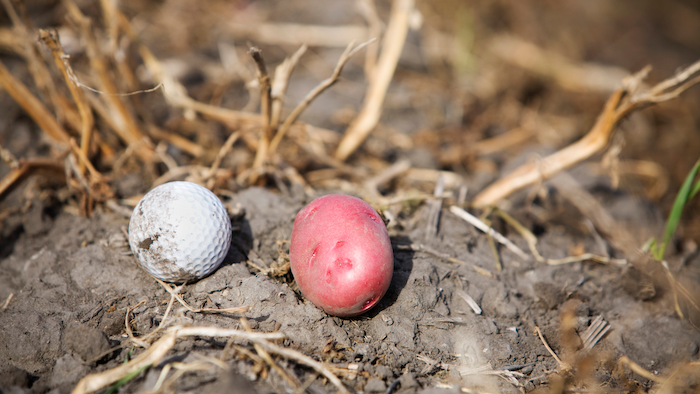 MATTHEWS, N.C. (AP) — A food company is recalling frozen hash browns from stores in nine states because the potatoes may have pieces of golf balls in them.

McCain Foods USA's recall notice said the golf balls apparently were "inadvertently harvested" along with the potatoes and chopped up. They say the pieces could be a choking hazard, but no injuries have been reported.

The hash browns being recalled have the production code B170119 on the back of the bag.