A new council will study the expansion of poultry operations in northeastern Oklahoma as some residents in the region complain of pollution from such facilities. 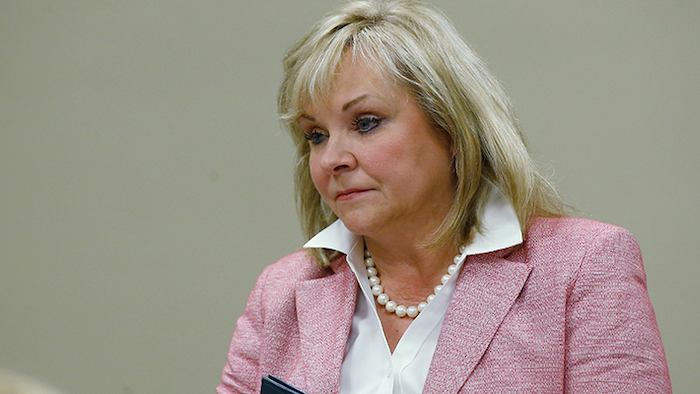 OKLAHOMA CITY (AP) — A new council will study the expansion of poultry operations in northeastern Oklahoma as some residents in the region complain of pollution from such facilities.

Critics of large poultry operations say the study is a good start, but that more must be done to reduce pollution from waste produced by chickens, which can get into the watershed.

"Talk is cheap; we want to see some action," Tahlequah resident Ed Brocksmith, a co-founder of the group Save The Illinois River, a watershed in the area, said. "These are factory farms we're talking about. (We) see the dust and feathers, chicken feathers in swimming pools."

Hill said she doesn't know how many birds are currently being grown in the area. But Oklahoma Department of Agriculture, Food and Forestry records show about 200 permits have been issued in the past year for new houses that could hold more than a million birds, many with contractors of Simmons Foods.

In statement to The Associated Press, Simmons said it supports creation of the council.

"We care about the communities where our contract grower farmers operate and welcome efforts to address meaningful, science-based solutions, studies and research," according to the statement.

Officials with the governor's office, the Cherokee Nation and the attorney general's office say the council is not related to an unresolved 2005 lawsuit filed by then-state Attorney General Drew Edmondson against a dozen Arkansas poultry companies.

Edmondson, the Democratic nominee for governor, said he was not aware of the council until seeing media reports. He added: "There was no reason to reach out to me. I'm not in elective office."

The council is to include staff from the Cherokee Nation, the Oklahoma Department of Food, Forestry and Agriculture, the Oklahoma Water Resources Board, the Grand River Dam Authority, and the Oklahoma Conservation Commission.