Clearly, there will be winners and losers over the next decade as consumers drive more change in the food industry. Innovative companies, both in terms of product reinvention and in financing that innovation, will be the ones to thrive.

I like to eat, and I like to cook. As a result, I regularly spend more time than most males prowling the aisles of four different grocery purveyors around my suburban Atlanta neighborhood.

Undeniably, the food industry is experiencing seismic shifts, driven by changes in consumer preferences. These shifts have created a challenging business environment for companies, especially the ones that have dominated the industry for so long. Change and innovation can’t happen fast enough, but shrinking margins and revenues mean there is less cash on hand to invest in major transformation.

To get a sense of the scale and contours of those changes, all you need do is pay attention the next time you grab a shopping cart and take a trip around your local grocery store.

The Action Is On the Store Perimeter

Growth and innovation in the food industry is taking place mostly around the perimeter of a grocery store. Unfortunately, the center of the store has become a haven for food groups on the decline. My local Publix supermarket is a good example — a grocer with $34B in 2016 sales and fifth among U.S. grocery chains.

Upon entering, I always head counter clockwise, passing the deli and in-house bakery to land in the meat department. When I started coming here a decade ago, organic meats were poorly represented, if at all. Now the space devoted to Publix’ Greenwise private-label organic brand, along with branded organics has grown to represent a full quarter of the space. What was once to be found only in Whole Foods is now reasonably well represented.

Next stop, yogurt and non-dairy milk products. When I moved from California to Atlanta in 2006, Chobani was barely a year old. Now, the iconic Greek yogurt brand occupies shelf upon shelf, and the privately-held company is generating nearly $2B in sales. Of course, competitors new and old noticed, so the yogurt section exploded with types, brands, flavors, drinks, on and on. It’s an innovation story driven by consumer demand.  The real news is upstarts like Chobani, Noosa, Siggi’s and others are taking share from market leaders like Yoplait — owned by General Mills, whose sales were down 11 percent in 2016.

Non-dairy milk products are another area where it’s easy to see consumer preferences driving immense change. Viewed as “better-for-you,” products made from soy, cashews and almonds are increasing their share of milk-related sales. According to market researcher Mintel, sales of dairy milk in the U.S. decreased 7 percent in 2015 to $17.8B. In contrast, non-dairy milk sales grew 11 percent to $1.9B for 2015. Obviously the alternative-dairy number is sorely out of date when you consider Danone’s recent $12.5B acquisition of market leader WhiteWave, coming off of a year when WhiteWave generated $4.2B in revenue.

Packaged and Frozen Foods in Transition

Time to dive into the center of the store, starting with cereal. Whenever I visit the cereal aisle I’m reminded of a scene from the academy-award winning movie, The Hurt Locker. Jeremy Renner’s character, home on leave from bomb-squad duties in Iraq, confronts a massive wall of cereal choices. After considering his dilemma, he grabs a single box and escapes – ultimately back to the clarity of the battlefield. Well, the cereal aisle has become a similarly dangerous place for leading brands.

Declines in ready-to-eat cereal sales have been painful for cereal makers. U.S. sales were down 10 percent between 2012 and 2015 alone to $8.75B. Declines continue based on earnings releases from General Mills and others. What’s driving the change? Health-consciousness and time. Apparently, many folks are less and less likely eat a bowl of cereal sitting down, much less take the time to clean a bowl and spoon. Millennials are the biggest offending demographic, according to Mintel.

Next up frozen foods, where sales of frozen meals have experienced a steady decline.  Before stabilizing in mid-2015, frozen meals were declining at a compounded rate of almost -3 percent per year starting in 2010, according to Nielsen. The same consumer trends are evident — focus on better-for-you natural ingredients, and key metrics like calories and protein content. Consumers’ renewed interest in fresh foods, grocers’ focus on prepared foods and meal-kits like Blue Apron are also impacting sales.

A bright spot in frozen meals is Nestle’s Lean Cuisine. In the two years prior to June 2015, Nestle reported a 20 percent cumulative decline in Lean Cuisine sales. In July 2015, Nestle’s launched a complete revamp of the Lean Cuisine brand and products. The brand shed its “diet” positioning in favor of modern eating and healthy lifestyle (e.g. organic, gluten-free, non-GMO, high protein). The Lean Cuisine product line was completely repositioned, along with its packaging, and a marketing blitz supported the pivot.

According to a recent Nestle investor presentation, the changes returned Lean Cuisine to growth. That has driven a 2.8 percent average growth rate for Nestle’s frozen meals overall since the repositioning went into effect.

As consumer tastes continue shifting, food manufacturers are forced to react. The Lean Cuisine story is a bright spot in a packaged food industry buffeted by change.

Lean Cuisine’s pivot required significant investment, however. According to Bloomberg, the “new” Lean Cuisine took 16 months to develop and was backed by millions in ad spend.

Some packaged food companies continue approaching the problem by selling brands and cutting costs — using proceeds to reinvest in areas promising for go-forward growth.  Example: Unilever recently put a for-sale sign on its under-performing margarine and spreads business. The spreads business is expected to fetch €7B to €8B, most of which will go to fund higher dividends and a €5.3B share buyback, also recently announced. What’s left over presumably will be invested in consumer goods or packaged food improvements.

Clearly, there will be winners and losers over the next decade as consumers drive more change in the food industry. Innovative companies, both in terms of product reinvention and in financing that innovation, will be the ones to thrive.

Mr. Roberts joined PrimeRevenue in December 2015. He and his team are engaged in building world-class, digital demand generation capabilities, simplifying the brand and positioning the company to present ourselves as the leader we truly are. Prior to PrimeRevenue, Mr. Roberts held both sales and marketing executive leadership positions at other FinTech successes such as Fiserv, CashEdge and E*TRADE Financial. He has been a senior leader on teams that have substantially grown several mid-sized technology companies, resulting in successful exits. He holds an MBA in Marketing from Columbia University. 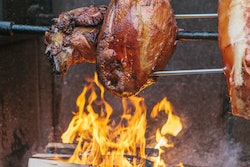 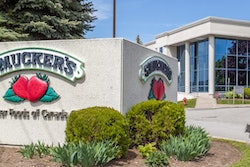 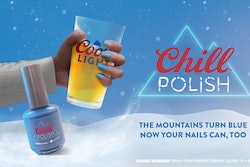 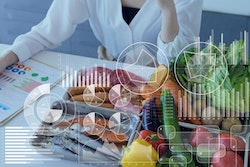 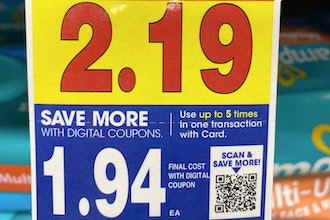 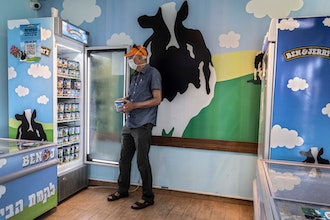 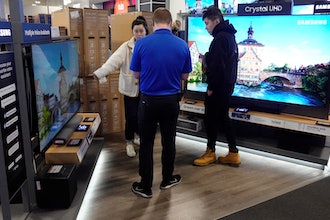 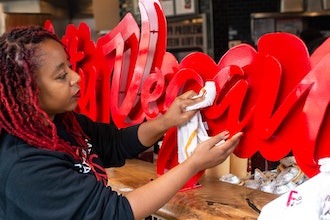 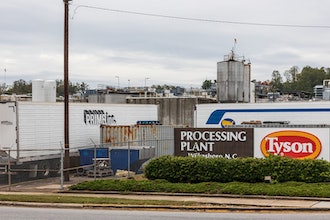 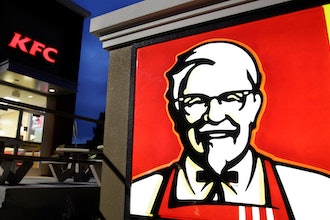 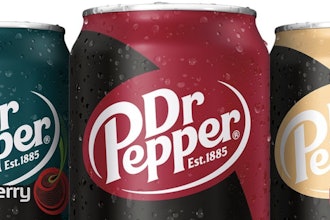