The company wants a formal grant of leniency, which would mean that neither the company or its executives would face criminal fines or jail time. 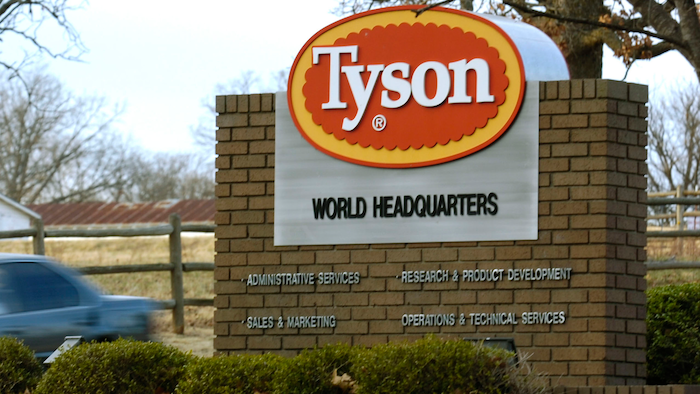 Tyson Foods shares fell Thursday after the company said it is cooperating with a federal investigation into price-fixing in the chicken industry.

Tyson also said it is seeking a formal grant of leniency, which would mean that neither the company or its executives would face criminal fines or jail time.

Last week, four current and former executives at Pilgrim’s Pride and Claxton Poultry Farms — including Pilgrim’s Pride President and CEO Jayson Penn — were indicted on charges of price fixing as a result of the long-running investigation.

Claxton said last week that the charges are without merit and it will vigorously defend itself. Pilgrim’s Pride said it is cooperating with the investigation.

“Tyson Foods is committed to competing vigorously, honestly and in compliance with the letter and the spirit of the antitrust laws and respects the important role that the Department of Justice plays in enforcing these laws,” the company said in a statement.