Nature's One learned of the issue after a routine document review from a vendor. 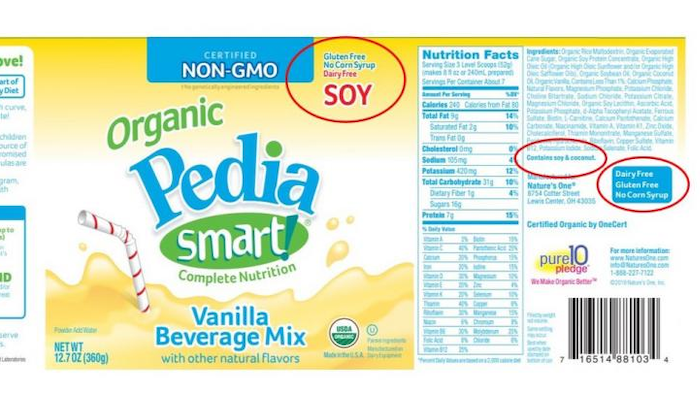 Nature’s One, which operates out of Lewis Center, Ohio, is recalling its PediaSmart SOY Vanilla Beverage Mix because milk is not listed as an ingredient on the label. Each lot is tested for milk allergen by independent 3rd party laboratories before it's released for sale. And while no milk allergen was detected in any lots of the finished product, nor have any illnesses have been reported, the product is still being recalled.

The product was distributed nationwide and in Canada through online retailers and medical supply distributors. The 12.7-ounce canisters were not sold in retail stores.

Nature’s One learned through a routine document review from a vendor that milk or a milk derivative was added to the natural flavor used in the product. Even though no milk allergen was detected through testing, labeling laws require that milk be listed in the “contains” statement.