The company said in February that it was being investigated by the Securities and Exchange Commission over its procurement operations. 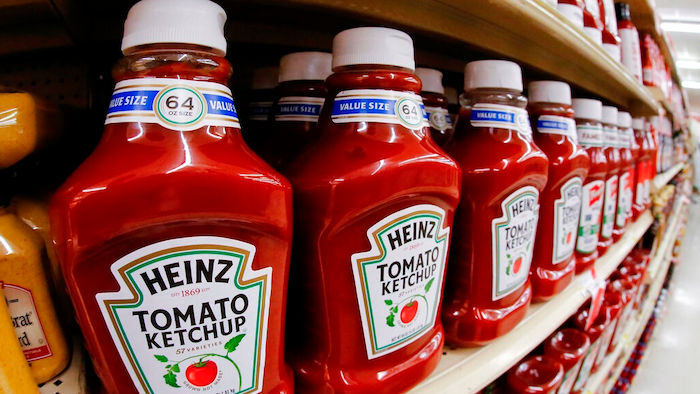 This Feb. 21, 2018, file photo shows a display of Heinz Ketchup in a market in Pittsburgh. Kraft Heinz is restating financial results for 2016, 2017 and the first nine months of 2018. The company has been conducting an internal investigation after the SEC launched a probe into its procurement operations. Kraft Heinz says its investigation is ‘substantially complete.’
AP Photo/Gene J. Puskar, File

The company said in February that it was being investigated by the Securities and Exchange Commission over its procurement operations. Kraft Heinz Co. said in a regulatory filing on Monday that several employees within those procurement operations engaged in misconduct. Kraft says the company has since made adjustments to correct prior misstatements, essentially increasing the total cost of products sold during the time when the misconduct was occurring. The investigation did not find any misconduct by any member of the company's senior management team.

Kraft said that the internal investigation of the matter is "substantially complete" and that the misstatements were "not quantitatively material to any quarter."

Kraft said it also reviewed supplier contracts and found additional misstatements may or may not have resulted from the misconduct tied to its procurement operations. The company is correcting the misstatements.

Kraft identified about $208 million in required adjustments, with about $27 million of that recorded in 2018's fourth quarter cost of products sold.

Kraft also mentioned in its regulatory filing that it received an additional subpoena from the SEC on March 1 related to its assessment of goodwill and intangible asset impairments and that it may receive additional requests for information from the SEC, including by subpoena. The company said it continues to fully cooperate with the SEC.

Kraft Heinz reported that it lost $12.6 billion in the fourth quarter and that its net sales were flat from the prior year. It also slashed its dividend and recorded a $25 million charge related to the SEC investigation. The company says it won't be filing its first quarter financial results on time due to delays in its 2018 annual filing.

Kraft Heinz, which is based in Pittsburgh and Chicago, has been hurting as consumers look for food that they perceive is healthier or fresh. for fresher, healthier food pivot away from its familiar stable of brands like Jell-O, Kool-Aid and Velveeta. In February, the company slashed the value of its Oscar Meyer and Kraft brands by $15.4 billion. And last month it announced that Miguel Patricio, a longtime executive at Anheuser-Busch InBev, will replace outgoing CEO Bernardo Hees in July.

CEO of Kraft Heinz Steps Down