But don't eat it, it could be deadly. 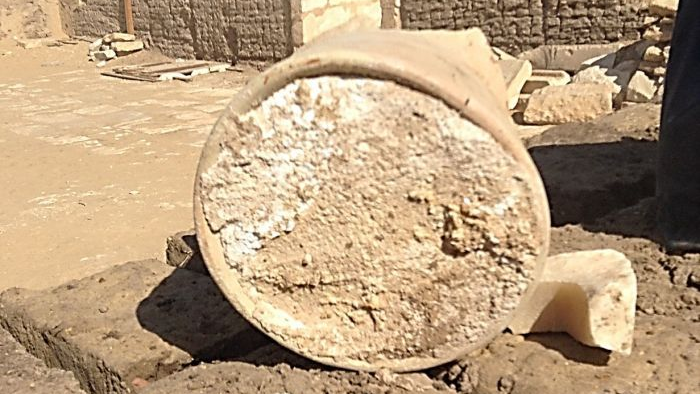 The ancient cheese was made from a mixture of cow milk and that of a sheep or goat.
University of Catania and Cairo University

CAIRO (AP) — Scientists have discovered that a solidified whitish substance in an ancient jar dug up in Egypt is "probably the most ancient archaeological solid residue of cheese ever found."

A study published this week in Analytical Chemistry says the cheese was made from a mixture of cow milk and that of a sheep or goat. The sample was excavated at the Saqqara necropolis near Cairo between 2013 and 2014.

It was buried in the 19th dynasty tomb of the Ptahmes, mayor of the ancient Egyptian city of Memphis.

The study found signs of bacteria potentially causing the deadly disease brucellosis, caught through the ingestion of unpasteurized dairy products. If confirmed, it would be "the first biomolecular direct evidence" of the disease's existence during the pharaonic period, according to the study.