The deal is reportedly worth $2.8 billion in cash. 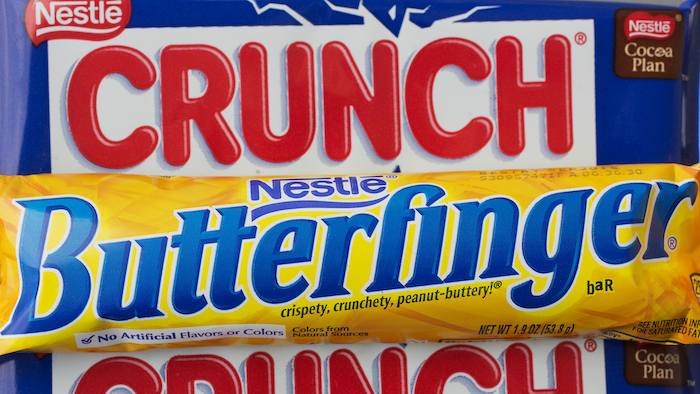 (AP) Swiss food and drink giant Nestle is selling its U.S. candy business to Italy's Ferrero for about $2.8 billion in cash. Ferrero will take over iconic chocolate brands Butterfinger and Crunch bars, as well as sugary candies that include Nerds, SweeTarts and FunDip. After a review of its portfolio last summer, Nestle hinted that it might sell its U.S. business, with an eye on higher-growth areas like pet care, coffee and infant nutrition.

In September, Nestle announced that it bought a majority stake in Blue Bottle Coffee. Other Nestle brands include Purina, Gerber and Stouffer's. Nestle, based in Switzerland, says its U.S. candy business accounts for about three percent of its U.S. division's sales. The deal is expected to close at the end of the first quarter.

The sale marks the company's first substantial step away from the candy industry, and by the company that invented milk chocolate. The sale of the business unit is also the first major divestment since CEO Mark Schneider took the helm last year. Nestle plans to focus on healthier and faster-growing categories like coffee, pet food and water as the food industry grapples with a drop in demand for sugary products.

Bankrupt Candy Maker Up for Auction

Bankrupt Candy Maker Up for Auction