High beef prices are here to stay for a while, as recent drought conditions in Texas and around the country have reduced the nation's cattle supply to its lowest numbers in more than 50 years, according to agricultural experts. 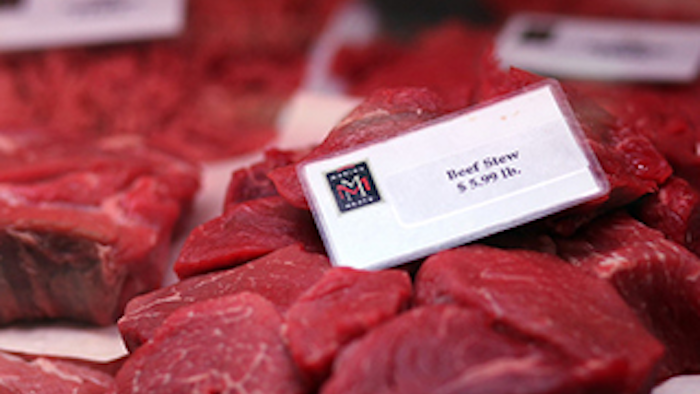 LUBBOCK, Texas (AP) — High beef prices are here to stay for a while, as recent drought conditions in Texas and around the country have reduced the nation's cattle supply to its lowest numbers in more than 50 years, according to agricultural experts.

"The current cattle industry and beef prices are driven by a historically tight supply of cattle and total beef production," said Jason Slane, Texas Cattle Feeders Association market analyst. "Due to the drought that greatly affected Texas in 2011 and on a national level in 2012, this is the nation's lowest cattle supply in more than 50 years, which means there is less beef available to meet current demands."

Texas Farm Bureau spokesman Gene Hall said beef prices should start going down eventually, as ranchers recover from selling much of their herds during the height of the drought.

While prices are up, Slane said demand for beef is at an all-time high as Americans continue to be big consumers of meat.

"All of the beef being produced in the U.S. is still being purchased and consumed," he said.

"At some point some people are going to make the decision, 'I'm not going to buy it right now.' When (beef) gets too expensive that can force the price back down. The public will tell us when it's too expensive," he said.