Coke Bottler Plans to Cut Calories by 10 Percent by 2020

The world's largest independent bottler of Coca-Cola aims to reduce the level of calories per liter of soda by 10 percent in the next five years. 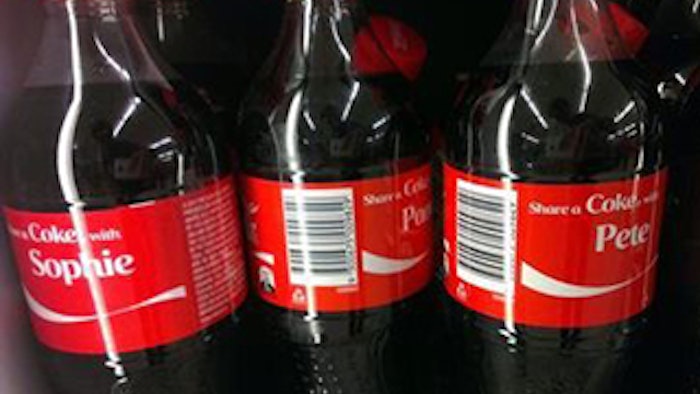 The world's largest independent bottler of Coca-Cola aims to reduce the level of calories per liter of soda by 10 percent in the next five years.

Coca-Cola Enterprises CEO John Brock said the goal represented "a stronger focus than ever before on promoting the well-being of our consumers."

Soda sales fell during each of the past 10 years as consumers sought out healthier options. The Coca-Cola Co. responded with efforts to cast its flagship product in a positive light, as well as new product offerings from the lower-calorie Coca-Cola Life soda to the Fairlife brand of premium milk.

The calorie reduction goal was unveiled as part of Coca-Cola Enterprises' annual report on responsibility and sustainability, which also included a vow to encourage people in its territories to be more physically active.

In addition, the report included goals to cut the company's carbon footprint in half and derive 40 percent of its plastic from recycled or renewable sources.