The Sound of Silence

Learn why your workers might be keeping quiet about their concerns. 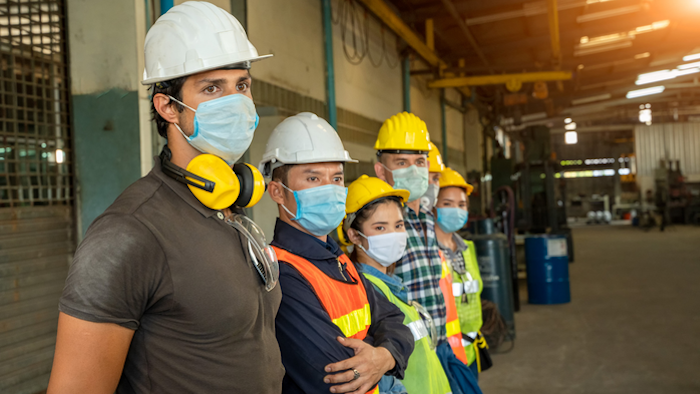 I think we can all agree that the world is a strange and stressful place right now. Like many of you, I’m sure, I’ve found myself wrestling with even the smallest decisions and it can be hard to avoid the burnout creeping in as work, care-giving and isolation overlap. This too shall pass, but it certainly won’t be easy.

And I know I’m not alone. I recently spoke with one manager of a large group of workers, who has struggled since the pandemic began weaving uncertainty into his workplace. The need to tamp out fears and rumors had become more of an issue as the economy worsened and the impact on company morale was evident.>

Morale issues can be tough hurdles. Recent studies on employee engagement have suggested that gains in worker flexibility -- including the work-from-home benefit that’s impacted many -- has improved engagement in many organizations. Unfortunately for manufacturers, this is not a benefit that their operational structure typically allows for.

But there are ways to address the existing concerns of your workforce, and some of them are more basic than you might realize. We recently published a blog on IEN.com contributed by Karin Hurt and David Dye, the founders of a training firm called Let’s Grow Leaders. In this article, the authors contend that the future of manufacturing businesses lies in the hands of its employees and their ability to contribute input towards problem solving.

Hurt and Dye raise a few interesting points about understanding the true value of your workforce but their main point is this: too few manufacturing workers are speaking up, leaving many industrial businesses devoid of human creativity, empathy and critical thinking.

And the details they lay out might surprise you. Just because you ask your team members to weigh in doesn’t mean they will. Hurt and Dye say that’s because many people don’t feel their ideas are valued.

The reason seems to be simple. Employers seem to be good at asking for feedback, but the exercise ends there. Once those ideas are considered and even potentially executed, it’s common for the feedback loop to break. In one example provided in the article, employees were offering ideas for initiatives that were already in the works, just nobody had told them.

We’ve been talking a lot lately about ways businesses can use soft benefits to maintain strong bonds with their employees. Maybe you’ve had to make some hard choices like furloughs, wage and hiring freezes and the like: certainly not uncommon tactics in the current context, but still enough to make some workers anxious about their long term prospects. So I’d wager a guess that there’s yet another reason that workers don’t speak up and it’s specific to our current economy: they don’t want to be perceived as making waves.

Clearly, small tweaks to your internal processes can help close the feedback loop and offer employees some satisfaction that their ideas are being taken seriously. Hurt and Dye use a three-pronged approach, where managers can “respond with regard” to new ideas, offering up gratitude, information and also invitations for these individual employees to further make a difference.

But being as candid as you can about your company and its prospects is the second critical step. If fear and paranoia about potential wage or job cuts are widespread in this economy, then they’ve likely infiltrated your organization as well. Sometimes silence speaks volumes and this might be one of those times.