Despite momentary headwinds, American industry is thriving. Here's how US manufacturing is changing for the better. 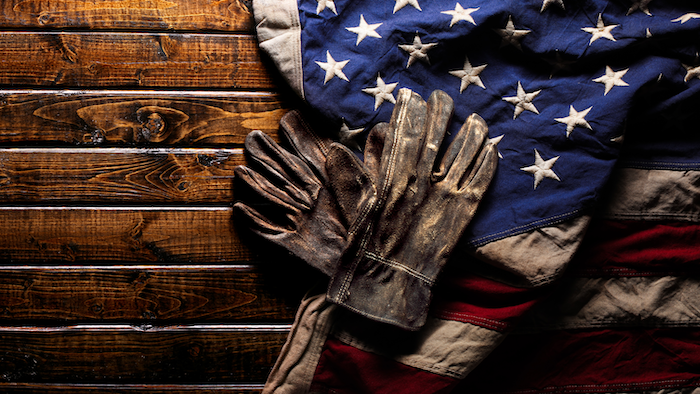 New Federal Reserve data confirms that the U.S. manufacturing industry was in a mild recession during 2019. Factory production decreased 1.3% over the past 12 months, representing the worst year for the sector since 2015. Economists blame new tariffs and weak global demand for restricting economic growth and limiting output in this critical field.

Manufacturing is actually returning to the U.S.

However, many American and foreign-owned companies are now creating jobs closer to home. Companies like Apple, GM, Boeing, and GE brought back 145,000 factory jobs to the U.S. in 2018. Plus, last year manufacturing jobs increased as a percentage of the total American workforce for the first time since 1984.

Manufacturing has unfairly been cast as a labor-intensive, low-skill sector for decades. Stories about the “good old days,” when high school graduates could walk right into a stable job for life, created the impression that “just anyone” could do the work. And companies followed suit, sending many of these positions overseas to countries based solely on considerations for cheaper labor.

However, manufacturing’s Future Factories are more akin to laboratories, integrating Autonomy, Artificial Intelligence, augmented reality, robotics, the so-called Internet of Things, and more. For instance, the University of South Carolina is integrating drone inspection that coordinates with tracking systems while a flexible manufacturing system is conducting autonomous operations.

The high-tech nature of industry today requires data scientists, designers, security experts, and production workers of all kinds. To attract and retain the workforce needed to support the range of occupations demanded by industry, wages have increased, making manufacturing a more attractive job for highly skilled engineers.

Companies often work with, not against, each other

During the post-World War II manufacturing boom, private companies typically competed against each other with a zero-sum mindset – a gain for one meant an automatic loss for another. However, today’s technical challenges are too big and complex, and the resource needs too great, to succeed in a vacuum. Innovation demands an interdisciplinary and collaborative approach.

According to the World Economic Forum, “Advanced analytics and AI require large amounts of data from various sources to train decision-making and prediction algorithms. Not all manufacturers have sufficient data nor expertise to fuel these applications, so they need to obtain data from, and work with, other companies.” The new rules of the game, in essence, encourage cooperation among companies that would have been rivals in past years.

Moreover, algorithms exist that help people enhance each other’s experience without sharing sensitive data. It’s similar to when an app crashes on your phone and it sends information to the app developer in a coded manner. This helps the developer fix it and then release new updates that makes usage of the app better.

Universities and governments are also playing a leading role

Here in South Carolina, we’ve brought together companies like Samsung, IBM, and Yaskawa to partner with the University of South Carolina through UofSC’s Office of Economic Engagement. These partnerships bring important investments into the University, allow students to get hands-on training with industry leaders, and create a pipeline for a well-trained future workforce. No one is better positioned to advance cutting-edge research while preparing the next generation of workers than our nation’s university system.

Meanwhile, government leaders have recognized the importance of this sector to our future prosperity, and have begun to set the rules of the road while working in consultation with business leaders and academics. The White House, in its 2021 fiscal year R&D budget priorities, has already listed “American Leadership in Industries of the Future” as a top priority. By creating a fair and amenable policy environment, they can help ensure the future growth and viability of this critical field.

Dr. Ramy Harik, a Fulbright Scholar, is the author of the textbook “Introduction to Advanced Manufacturing,” which was released last fall. He is a faculty member in the University of South Carolina Department of Mechanical Engineering, and one of Smart Manufacturing magazine’s Top 20 most influential professors in smart manufacturing.