During processing, it may be necessary to store foodstuffs such as edible oils in tanks while awaiting further processing or delivery. Because edible oils are sensitive to spoilage by oxygen in air, any oxygen in the tank must be kept to acceptable levels. In a technique called “tank blanketing,” nitrogen is applied to protect the oils. 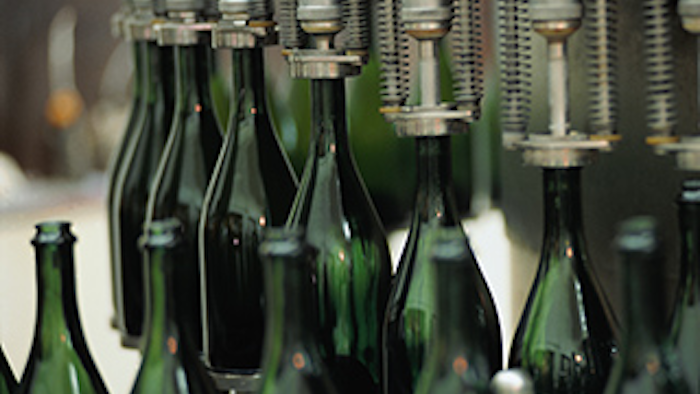 This is Part I of a two-part series. For Part II, click here.

Generating nitrogen in-house and on-demand is a safe, cost-effective approach for many tank blanketing and modified atmosphere packaging applications.

During processing, it may be necessary to store foodstuffs such as edible oils in tanks while awaiting further processing or delivery. Because edible oils are sensitive to spoilage by oxygen in air, any oxygen in the tank must be kept to acceptable levels. In a technique called “tank blanketing,” nitrogen is applied to protect the oils against the onset of oxidative rancidity and contamination. The technique is preferred because nitrogen is an inert gas, so it offers a natural alternative to using chemical additives to prevent rancidity. The process offers several different supply options. A newer approach, which is typically more cost effective for most applications, is generating nitrogen on-demand in the processing facility itself. Before discussing on-demand nitrogen generation, it is first helpful to understand more about tank blanketing in general.

Process control managers often overlook the potential for chemical tank blanketing to improve facility productivity and product quality. In tank blanketing, a low-pressure flow of nitrogen gas (typically less than a few psig) with purities of between 95 and 99.9 percent is introduced above the liquid level of the edible oil to fill the vapor space at the top of the tank with a dry, inert gas. On closed tanks, this creates a slight positive pressure in the tank. Nitrogen is the most commonly used gas because it is widely available and relatively inexpensive, but other gases such as carbon dioxide or argon are sometimes employed. However, carbon dioxide is more reactive than nitrogen and argon is about ten times more expensive.

Maintaining the nitrogen blanket or “pad” helps prevent the ingression of ambient air (which contains water vapor and oxygen) and therefore prevents the onset of oxidative rancidity of the oil. The result is the material has a longer product life. For example, oxygen and water vapor in air can react with edible oils to eventually form undesirable polymers, acids, aldehydes and ketones. Because nitrogen blanketing removes both oxygen and water vapor from the vessel, it prevents oxidation from ruining the oil.

How nitrogen is controlled in tank blanketing applications usually depends on the type of tank used.  Typically, tanks with fixed roofs and unsealed tanks are blanketed, while tanks with floating roofs are not blanketed. Nitrogen control methods include continuous purge, pressure control and concentration control. Continuous purge provides a constant flow of nitrogen and is probably the easiest and most common method because a control device is not required. However, nitrogen consumption is high. A sealed tank for pressure control blanketing includes a tank blanketing valve that allows the addition of nitrogen when the liquid level drops as well as a vent that vents nitrogen when the liquid level rises. A tank equipped with concentration control blanketing uses a feedback loop from an oxygen analyzer back to the nitrogen source that tells the source to cycle on or off. This method economizes the use of nitrogen because it shuts down the nitrogen supply until enough outside air infiltrates to raise the concentration of oxygen above the acceptable limit.

Nitrogen makes up about 78 percent of the air we breathe and there are several ways to obtain a supply of the gas. Options include receiving nitrogen as a gas in large cylinders; as a liquid in micro-bulk tanks, large tanks or dewars; generated on site by cryogenic plants; or generated on-demand in the facility itself.

Bulk tanks containing liquid nitrogen are typically between 3,000-gallon and 11,000-gallon in size. The cost of nitrogen to the end user depends on so-called “vaporization units” that relate to how much of the gas a company purchases annually. As of this writing, gas costs range from $0.30 to $0.70 per 100 cubic feet. Dewars are high-pressure tanks that hold between 3600 cubic feet to 4000 cubic feet of gas. The average cost to the user here is $0.80 to $0.90 per 100 cubic foot.

Cylinders, which hold about 240 cubic feet of gas at an average cost of $1.30 per 100 cubic feet, are the most expensive option. Cylinders can work well for low-flow applications, but they can present safety issues because should a cylinder be dropped, the canister can literally turn into a dangerous projectile. Cryogenic plants are rarely used, and then only by the largest of chemical processing facilities.