Food retail establishments large and small are scrambling to supply the condiment.

If you order fries from a fast-food establishment during April, don’t be shocked if they tell you they’re out of ketchup.

Yes, as just the latest food commodity facing major disruption due to impacts of the COVID-19 pandemic, America is currently facing a ketchup packet crisis.

As first reported by the Wall Street Journal, restaurants nationwide are scrambling to find supply of ketchup packets that have been depleted amid more Americans ordering takeout throughout the pandemic. Meanwhile, many establishments that have allowed indoor dining have switched from ketchup bottles to packets as a hygienic safety measure.

This in turn has caused a shortage of the packets felt by retailers both large and small, and forced ketchup manufacturers to raise their prices considerably. The Journal said cited data from restaurant-business platform Plate IQ showing that packet prices are up 13% since January of 2020, and their market share has soared compared to bottles of the same product.

Even major fast food retailers are hunting for the tabletop staple. The Journal noted that Long John Silver’s has had to seek secondary suppliers and that the shortage has cost the company an extra half-million dollars since the pandemic started, as single-serve packets are pricer than bulk containers.

Ketchup is the most-consumed table sauce at American eateries, with about 300,000 tons of it sold to foodservice in 2020, according to Euromonitor. And at home, the pandemic resulted in a 15% jump in retail ketchup sales last year to more than $1 billion.

Kraft Heinz is the biggest name in ketchup, holding almost 70% of the US retail market. But even it is having a hard time keeping up with demand. In response, the company plans to open to new production lines in April and more after, with plans to boost its ketchup manufacturing by around 25% to more than 12 billion packets annually.

The company told the Journal that it is already running extra shifts at its factories and cut back on other varieties in order to focus on single-serve packet production. On top of that, Kraft Heinz has invented a touchless ketchup dispenser as an alternative to shared bottles. 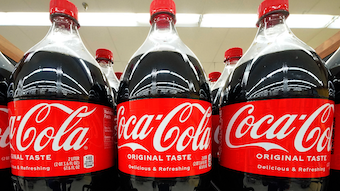